Pilot tests – What awaits you?

As soon as you want to earn your money as a pilot, you will be faced with your first pilot tests. No matter which airline you apply to, you will always have to pass an assessment. The dreaded pilot tests are then part of the recruitment process.

Every airline has its own pilot tests. Nevertheless, there are many tests that occur frequently. I would like to introduce these most common pilot tests to you here in more detail so that you can get an impression of what awaits you.

This blog post is going to explain:
How good is your attention?
Memory - What can you remember?
How well can you orientate yourself spatially?
Phsychomotorik - How good is your hand-eye coordination?
Logic - Is that logical?
You must also have the following knowledge

How good is your attention?

As a pilot you have to keep an eye on a lot of parameters and be very attentive overall. The following tests are typical pilot tests to test your attention. 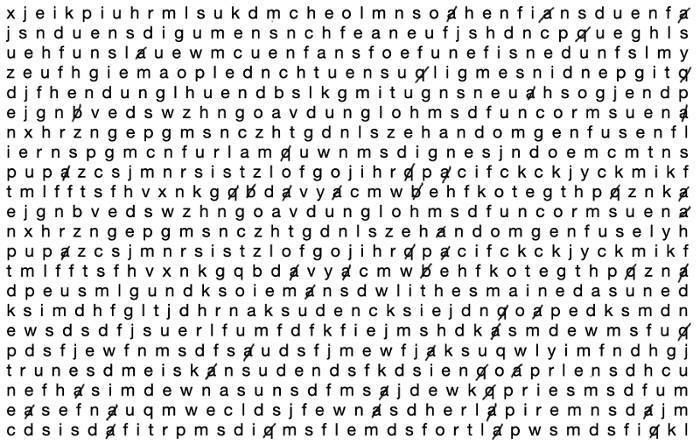 The test is a classic concentration test. You get a big block of letters. Your task is to go through the letters line by line and mark all a, b and q letters. Therefore it is also called ABQ-Test.

Perceptual Speed - How fast do you read the instruments? 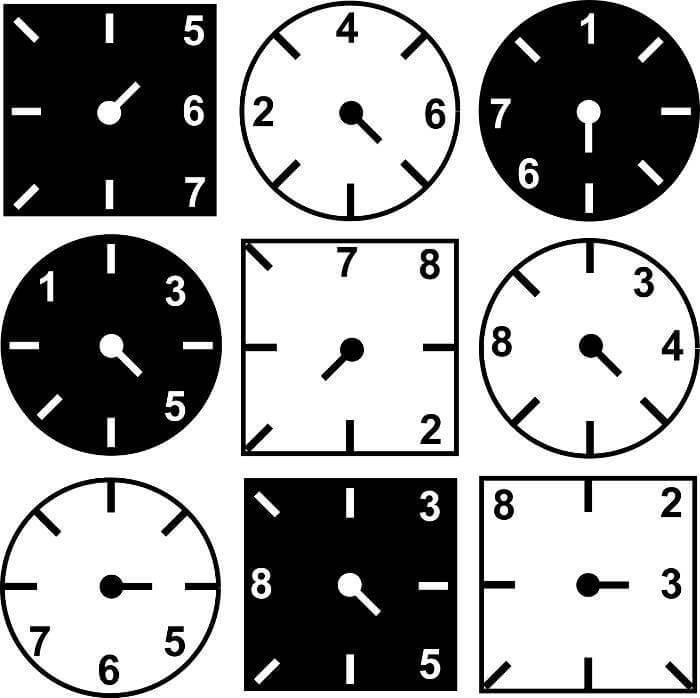 This test is about your attention and concentration. You always get nine instruments displayed for a few seconds. These are either round or square and white or black at the same time. They always show only the numbers from 1 to 8, while the instruments show only a few of the numbers at all. Now you can see which instruments you should read. 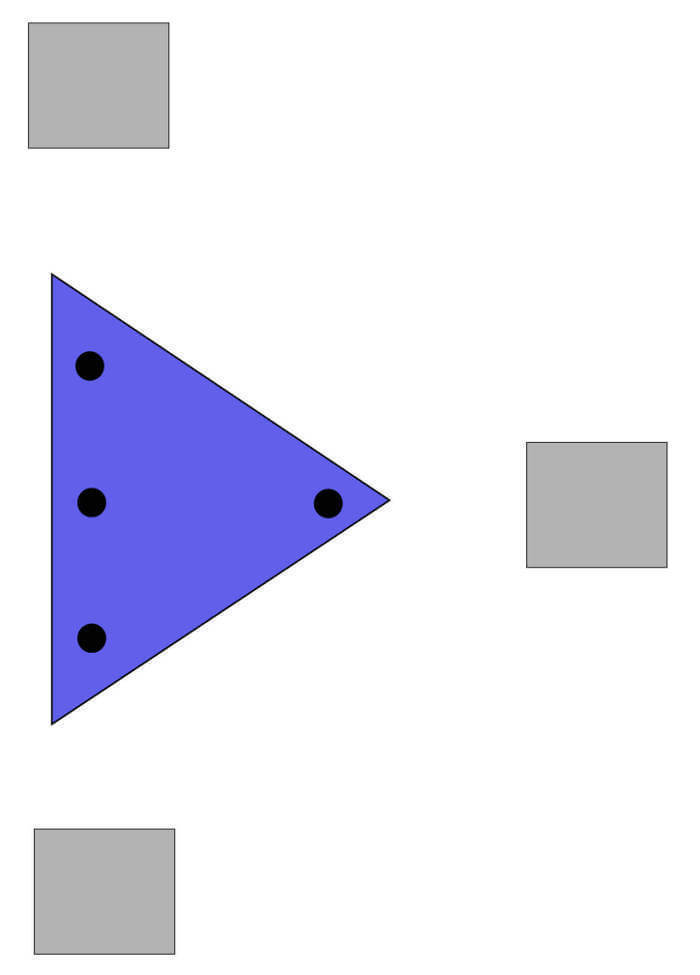 As the name suggests, this test is about triangles and it focuses on your concentration and attention. You will be shown different triangles one after the other. They differ in orientation, color and the number of points within the triangle. Your task is to compare the triangle that is currently displayed with the triangle that was shown before and to determine either similarities or differences.

What you have to pay attention to is given to you at the beginning of a run in the form of rules. For example, you should click on the upper button if the triangle shown has the same orientation as the one shown before. You must press the lower button if the number of points has remained the same. If nothing matches, click on the right button and the next triangle will be displayed.

Dials Perception Test - Are you familiar with the instruments?

The Dials Perception Test checks whether you can identify and read ads on an instrument panel. The goal of these tests is to answer questions related to the information displayed on the information board. You'll see five multiple-choice answers, so you only have to choose the right one.

Vigilance Test - How exactly are you looking? 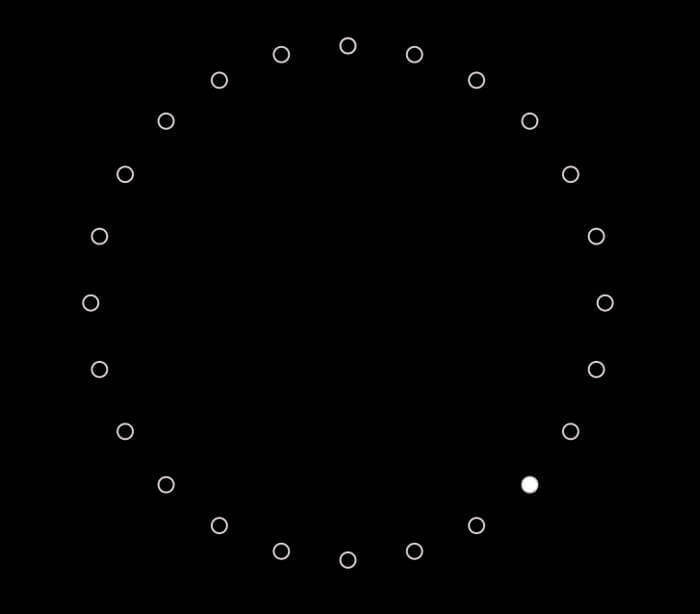 This test is widely used and tests your mental processing capacity, psychomotor speed, alertness and continuous attention. You see a circle of many white circles. Only one white dot jumps from one position to the next at regular, short intervals. Your task is to press a button when the white dot skips a position. 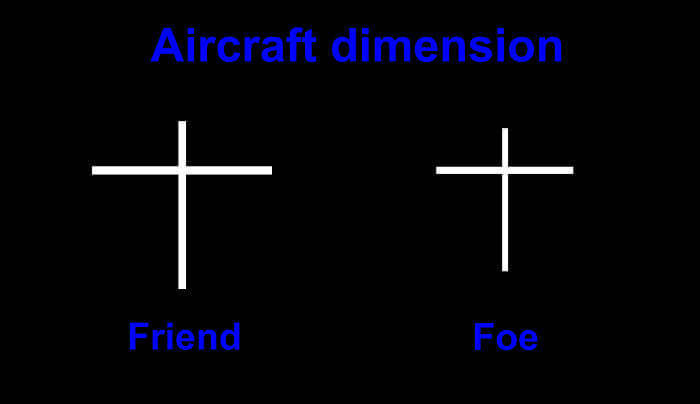 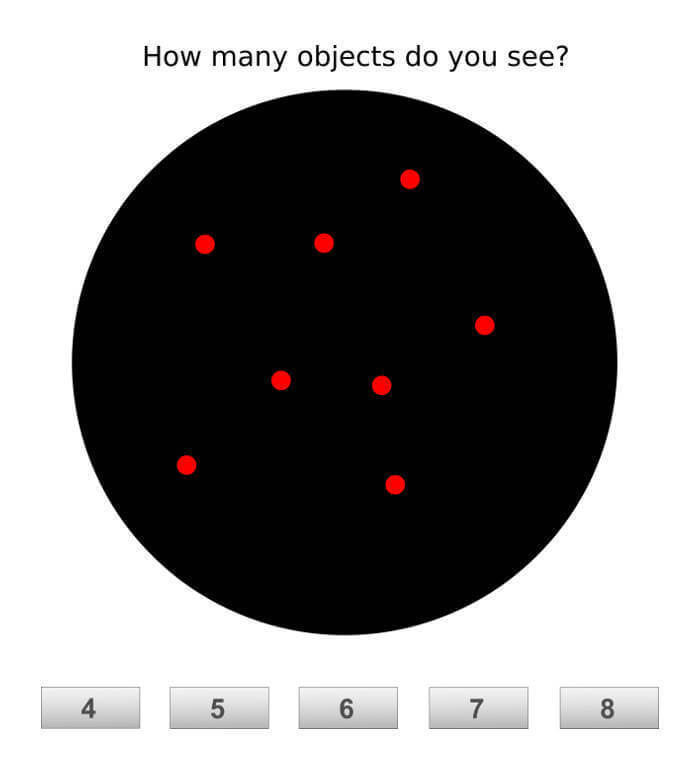 This test is a visual perception and decision task. The points move over the given area. You have to count them and choose the right answer.

You will also get this test demonstrated on Youtube.

Memory - What can you remember?

As a pilot you have to remember a lot of things. With the following pilot tests you will try to find out how good your memory is. 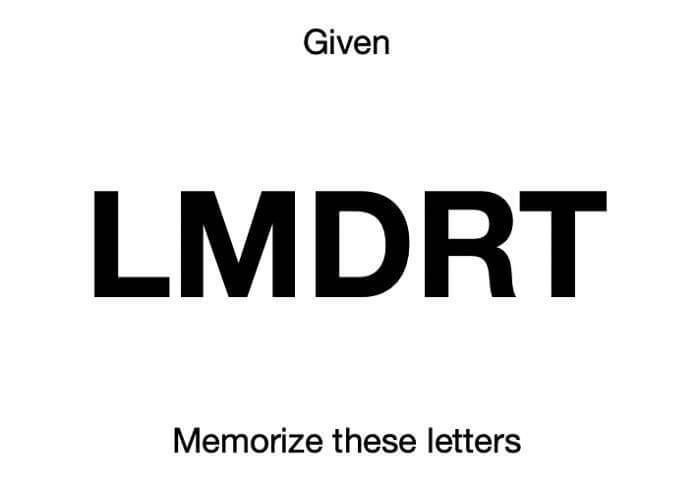 The Letter Memory Test tests your short-term memory and your ability to maintain a high level of attention even in long-term, monotonous tasks. You'll see different letters and need to remember them. The letters disappear again and you must play them in the correct order.

You can test your skills on a similar test I found on YouTube.

The Running Memory Span test tests your short-term memory. You will be told, via headphones, number sequences that you have to memorize. At some point the sequence of numbers ends. But you don't know when. You can be announced 10 or 34 numbers. If the sequence of numbers stops, you must try to enter as many numbers as possible, starting with the last number, correctly in reverse order using the keyboard. You will not be able to enter all the numbers in a sequence. The goal is therefore to be able to name a certain number of correct numbers on average. For example, an average of 5 numbers can be required.

Letters Read Back - Listen, Remember and Play Back

This test is similar to the Visual Memory Test. It tests the abilities of your acoustic perception and short-term memory. But, instead of numbers, you are told a short sequence of letters, which you have to remember and then enter.

Visual Memory Capacity (VMC) - Are the symbols the same? 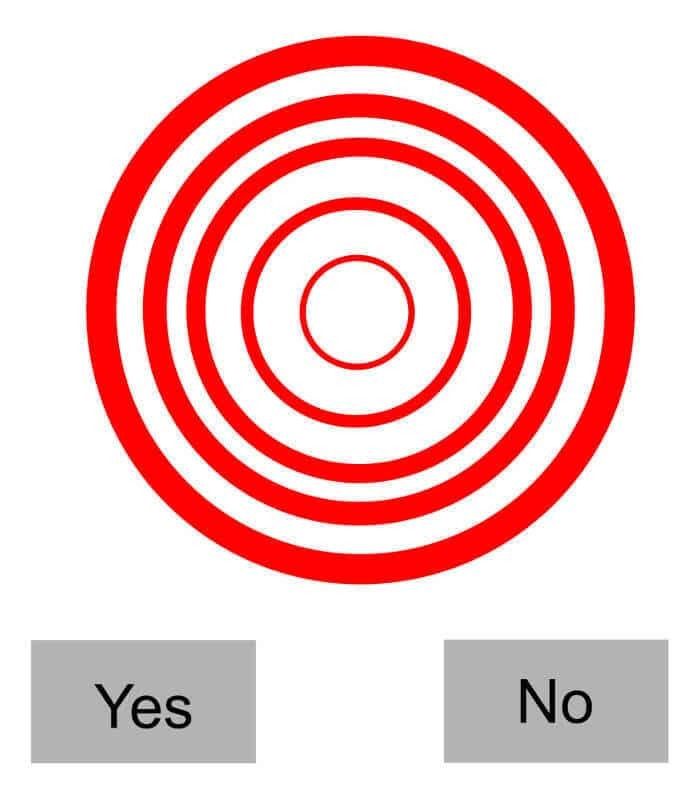 The "Visual Memory" test tests your ability to store visual stimuli in your mind for a short period of time. You will be shown different symbols in different colors. Before you were given the rule according to which you should compare the displayed symbol with an already shown one. It is only about the position of the symbol to be compared. For example, you should compare the currently displayed symbol with a symbol two positions in front of it. If the two symbols match, tap "Yes" otherwise tap "No". There is also the rule whether the symbol shown is the same as the one shown four positions before. As soon as you clicked on "Yes" or "No", a new symbol will be displayed. You will then have to compare this with the rule again. So you must always keep the last symbols in mind.

How well can you orientate yourself spatially?

You'll fly even in bad weather. Then you won't see anything of the flight most of the time. Nevertheless you have to be able to orientate yourself with your instruments. With the following pilot tests your orientation will be tested. 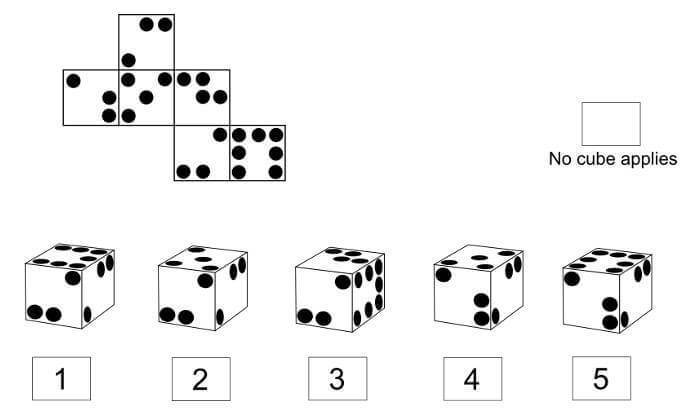 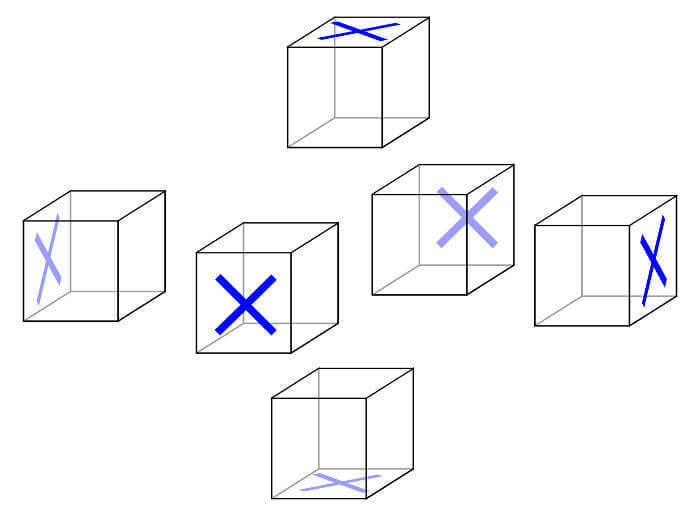 Here your spatial orientation possibilities are tested. Your task is to introduce you to a cube that has an "X" on one of its six sides. You will receive this information acoustically. For example with the announcement: "The X is at the bottom". You will then be given acoustic instructions on how to mentally tilt the cube, with only the left, right, front and back instructions. After several instructions, the instructions stop and you must select the position of your mental cube as the solution. To do this, click on one of the cubes that shows the "X" in the position, like the final position of your mental cube.

This test is about your spatial orientation, agile processing of information and hand-eye coordination. Your task is to navigate a ball through the labyrinth. You turn the labyrinth around its center. Therefore you have to get used to and adapt to a new perspective over and over again.

You can see an example of this test in the following video.

Phsychomotorik - How good is your hand-eye coordination?

When flying, you must have good hand-eye coordination. Exactly this is checked with the following pilot tests.

The Monitoring and Instrument Coordination Test (MIC) is about your psychomotor and multi-tasking skills. Your task is to fly with the instruments and at the same time master a listening task. You have the instruments for speed, altitude and a compass for direction. A small dot on each instrument tells you whether to increase or decrease your speed, whether to increase or decrease it, and whether to change direction to the right or left. For this you need a joystick. In addition, there are listening tasks where, for example, one-digit numbers are read to you at certain intervals. If three odd numbers come after each other, you must press the red button, and if three even numbers come after each other, you must press the green button.

In the following video, someone filmed themselves doing this pilot test.

Runway Multitasking - How well do you solve multiple tasks simultaneously?

The test tests your hand-eye coordination and your attention. The test includes three subtasks. On the one hand, you have to align a runway with an approaching aircraft. The aircraft changes its approach direction more frequently. Use the mouse to align the runway accordingly. On the other hand you have to check mathematical equations and a sequence of letters. With the mathematical equation you control whether it is "correct" or "incorrect". In the case of letters, the order is "correct" if there is only one letter twice in this sequence. If no letter occurs twice, the sequence is "incorrect". 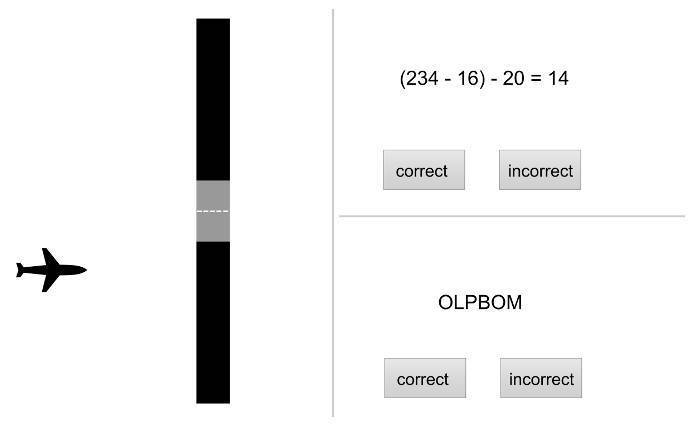 Logic - Is that logical?

Not all logical. But just when something seems illogical, you have to be able to draw logical conclusions. This is exactly what the following pilot tests are intended for.

In this test you will be shown nine squares, eight of which contain geometric symbols. The arrangement and order of the symbols is subject to a certain logical scheme. You have to find this out and then fill the last field accordingly. For this you will be offered possible solutions, where only one symbol fits into the logical scheme.

On YouTube there is a nice video where a similar test is explained. But the principle is the same.

The test is a logical argumentation test. You have to recognize the logic behind it and continue the schema of the series logically. Here is a video that explains the principle very well.

Here your concentration and visual perception will be tested. You will be shown letter or number codes in a short table. Your task is to check the codes, recognize identical code combinations in the lines and mark them on the answer sheet.

You must also have the following knowledge

Now you have an overview of the common pilot tests that you can encounter during airline assessments.

In addition to these frequent tests, you will also be tested in mathematics, English and technical comprehension.