Why is a hard landing a good landing? 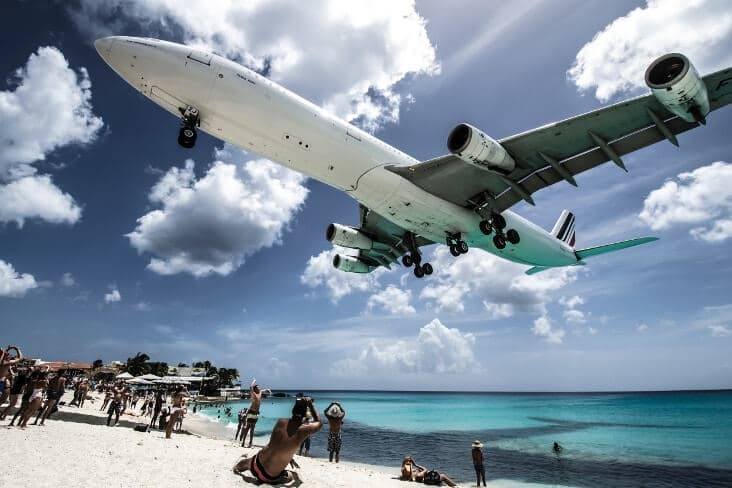 Some landing passengers are hardly recognized, while others are so hard that some believe the plane would be broken now. Are you also one of the passengers who judge the landing how gently a pilot puts the plane on the runway? Then read on and find out the real reasons behind a good landing.

What factors play a role in landing

When landing, many factors come together. Firstly, it can rain or wind heavily. On the other hand, the runways are never the same long and the airplanes always need different distances from the point of installation to the standing remain after braking.

The distance a plane needs to stop depends on the wind conditions (strong wind items), the nature of the runway, and the plane itself. Since, among other things, the weight of the aircraft when landing (item aircraft fully refuel) determines the distance to remain standing.

Therefore, two points are important for a good landing.

Firstly, the speed of landing must be maintained very precisely, so that the plane is suspended on the track at a previously calculated speed. This is the only way to calculate the braking distance.

On the other hand, the point of the installation must be at the beginning of the runway, so that the complete braking distance is still on the runway and the plane does not shoot beyond it despite the correct speed.

Why not every landing becomes gentle?

But the point of putting on is not always easy to hit. Today’s airplanes are aerodynamically very well built, which makes them very good qualities as a glider. In addition, they weigh between 30 and 550 t.

Only a few knots more in speed makes the plane sail over the runway without it hitting on the ground. Therefore, there is no starting point but much more a landing zone.

Nevertheless, a plane should be set up at the beginning of the landing zone. The further the plane hovers across the track, the less runway and the less stopping distance remains.

Therefore, it is also launched by when we notice that the plane will not set up within the landing zone. Launching is a standard procedure and nothing dangerous at all. It’s the safest thing we can do in such a situation.

Then another round is flown and a new approach is started.

A pilot partially flies planes that have completely different weights. That always depends on how many passengers, cargo and fuel are on board. It happens that when landing on one flight, the plane is significantly lighter and significantly heavier on the other.

A pilot partially flies planes that have completely different weights. That always depends on how many passengers, cargo and fuel are on board. Since it happens that the plane bThis weight difference we notice in the flight characteristics of the aircraft. The plane therefore always behaves slightly differently when landing. But also to wind influences, the plane always reacts somewhat differently. When landing on one flight, it is significantly lighter and significantly heavier in the other.

That’s why we always try to get to a point of the runway, but sometimes the plane flies a few meters further before it starts. This also happens when the pilot wants to put on the plane gently.

Reasons for a slightly harder landing

Especially in the case of crosswinds, we definitely want to put on the runway so that the plane does not get back into the air and if necessary is pushed off the runway.

If it rains heavily and on the runway there is already the water there is a risk of aquaplaning. Also in this case, the slightly harder installation on the runway helps to make the tire contact with the roadway.

In both cases it is good to put a bit harder. And then it’s still a good landing.

Next time pay attention to the external circumstances and try to see where you are on the runway. And then compare the landings. A soft landing is just a good landing for passenger comfort;)

Why are aircrafts never fully fueled?

Why does not every airplane have oxygen masks