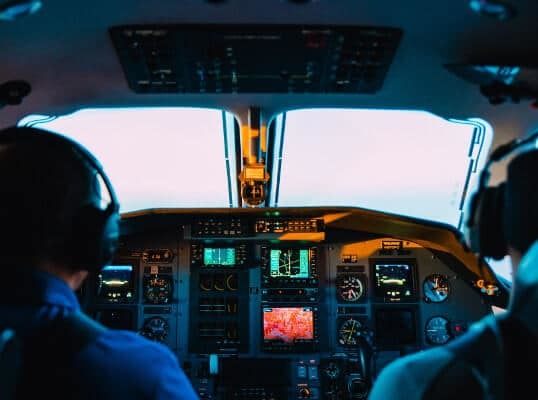 Cadet Program – The fast way to the airline cockpit

A pilot training takes several years and you have to invest a lot of money. But a pilot license alone is not enough to sit in an airline cockpit. You also have to pass the airline selection test. As an ab-Initio or cadet pilot, you can make your way quickly to the cockpit of an airline. Some airlines train their own junior staff in so-called Ab-Initio or Cadet programs.

What is Cadet Program / Ab-Initio Program

You will be trained as a First Officer so that you can fly in an airline cockpit.

The training often takes place at the flight school of your own airline. Some airlines also cooperate with renowned flight schools. Then the airline sends you to this flight school.

Ultimately, you will always have a license in your hands to fly in one of your airline's cockpits.

The big advantage is that you were able to convince an airline of your abilities before the training and that you will probably fly for that airline afterwards.

Why only probability and not with 100% safety? This is because the airline will only hire you if it has a need for pilots.

Unfortunately, the entire aviation industry is subject to fluctuations that are repeated time and again. This is shown in the following graph. There are certain years when hardly any pilots are hired. At some point, however, this changes again. 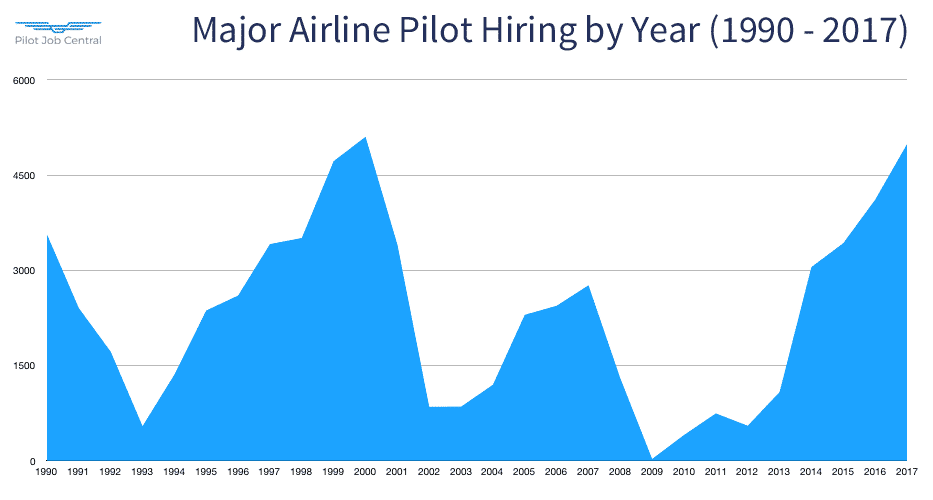 The fluctuations in the settings do not only affect one airline. It affects much more the entire industry worldwide.

Why is the Cadet Program so interesting?

So before you invest thousands of dollars in a training course, first apply to the airline for Cadet or Ab-Initio training. If you convince your future employer, he will also train you.

If you do the training privately, you have to convince an airline of yourself after your training.

For you, this small difference may be of little importance. But the airlines have waiting lists of cadet program candidates. If an airline hires again, the cadet candidates will be hired first. There the airlines already know that they fit to the company.

Therefore the way via the Cadet or Ab-Initio training is often faster and more direct to an airline than if you make your pilot license private and then apply to the airlines.

Below you will find links to some airlines that offer such training.

Overview of all training courses

There are a few platforms on which you can also get the current tenders of the airlines listed. 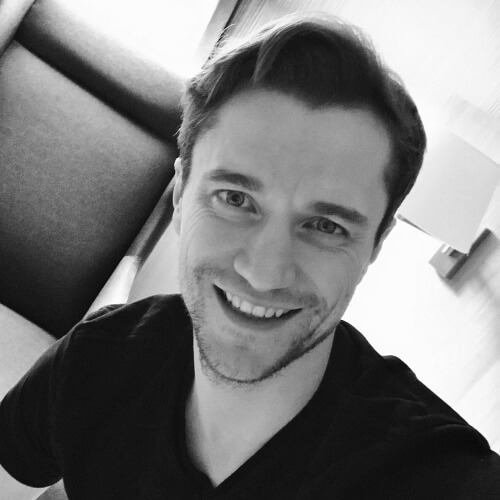 He is an airline pilot, mechanical engineer and internet entrepreneur. During his spare time he spends a lot of time helping others to realize their dreams in aviation. His passion is aviation. He manages to easily explain complex facts in an easy way.

The ebook for aspiring pilots

The ebook contains all the secrets of pilot training, pilot life and career paths so you can find your way into the cockpit.